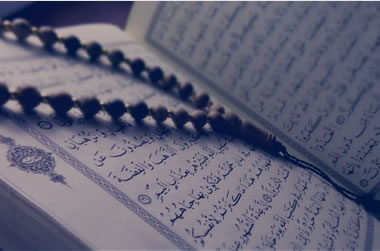 Hasan Basri narrates that the Prophet ﷺ was asked, ‘What responsibilities does one have with regards to one’s neighbour?’ He ﷺ replied, ‘When he asks you for a loan give him, when he invites you accept him, when he is ill visit him, when he seeks your help oblige him, when a calamity befalls him console and support him, when he receives a blessing congratulate him, when he dies attend his funeral, when he is away safeguard his home and do not pain him with the aroma of your cooking, if it does gift him some (of it.)’

Islam has granted the neighbour wide-ranging rights and placed great emphasis on fulfilling them. The Prophet ﷺ revealed that because the Angel Jibril had kept bringing him commandments relating to the neighbour’s rights and stressing them to him, he thought the neighbour might even be given rights of inheritance!

Whosoever’s neighbour is not happy, he is not a good Muslim. Abu Hurayra relates a hadith in which the Prophet ﷺ thrice said, ‘By God, that man is not a believer!’

He was asked, ‘Yā Rasoolallah, who?’

He replied, ‘He whose neighbour is not safe from his mischief.’

Understand the worth of a good neighbour from the following incident:

(Haodth taken from ‘At Targeeb wa Tarheeb’: this is an excerpt from our forthcoming publication ‘Islamic Insights: Counsels for our Time’ expected early 2019)